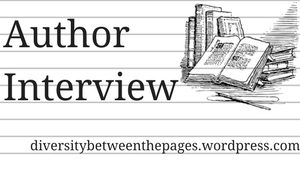 Today we have Bartholomew Boge to talk about his novel, Regarding Tiberius. Have you read it? If not, now’s the time to learn more, so grab a cup of tea (or coffee) and chat with us. 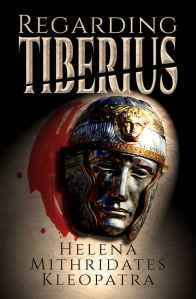 The Blurb: “As true today as it has been for all of human history, one fundamental question plagues mankind:

In the midst of ancient hostilities and recent atrocities, which choice is the most honorable, the most moral one:  justice or mercy?

This novel offers an answer.

Regarding Tiberius is the novelization of a series of ancient scrolls recently discovered in the ruins of famed Roman commander Scipio Africanus’ seaside villa (near Naples, Italy). Written in the First Century by a young woman of Persian and Æthiopian ancestry, Helena Mithridates Kleopatra, they comprise an account of how her life and destiny were forever altered by her chance meeting with Tiberius, the son of a prominent Roman senator.

The pair embark on an odyssey that takes them from Asia Minor to Syria and Judæa. His goal is to rise to the upper echelon of Roman military leadership at any cost, hers to find and assassinate Cato, the commander who gave the order to slaughter the entire population of Eupatoria, her ancestral home. Their aspirations lead them to Jerusalem where both of their quests meet bloody, final resolutions.”

Toni:  Thank you so much for joining me today. Regarding Tiberius ask the question, “In the midst of ancient hostilities and recent atrocities, which choice is the most honorable, the most moral one: justice or mercy?”. What made you want to explore that theme in a historical setting?

Bartholomew: Great question. The answer goes back to a political/theological conversation I had with my former father-in-law in early 2004. Iraqi dictator Saddam Hussein had just been captured and his trial was underway when the question of “could a ruthless dictator and war criminal like Saddam Hussein ever go to Heaven?” came up. My then-father-in-law, a brilliant lawyer and a very news-savvy guy, well aware of Hussein’s long list of civilian atrocities, said “no, I don’t think it would ever be possible.” I took the position that there is absolutely no one whose crimes are so ghastly or so numerous that he/she could not be saved by the work of Christ on the cross if that person, convicted of sin, were to cry out for forgiveness.

Regarding Tiberius, then, is my 192k word parable defending that position.

Toni: Wow! I bet that was an interesting conversation. I’d like to have been a fly on the wall. 🙂 Tell us a little about Helena Mithridates Kleopatra. Did you find it difficult to write about a woman and one who has a different ethnic background then your own?

Bartholomew: To be honest, I was more concerned with getting the tone right with regard to writing from a woman’s perspective than writing from a different ethnicity’s point of view. If the book were set in modern times, I might have a bit more trepidation with regard to ethnic perspectives, but the ancient world was so very different than 21st Century American culture that I did not fear offending a modern reader too much.

Over the course of my life I have worked in three environments in which I was, as a man, a minority figure (in a customer service call center, a health club, and in a large daycare center). I also was raised in a family comprised exclusively of strong-willed women. I wanted to be very careful to write with a gender mentality in mind, but without ever coming across as either patronizing on one extreme, or not authentic or believable on the other. They say “write what you know,” and I think I know intelligent and courageous women.

I modeled Helena’s mentality on that of a female athlete, a type of person I’ve run into quite often in my life. You’ll have to forgive my broad-brush generalizations, but in my experience, female athletes have a way of thinking that is remarkably different than that of most men and most other women. They do not use anger, rage, or bravado to motivate themselves like many male athletes do, but they do share one important ability that men often possess: to be able to completely shut down their emotional states in order to achieve razor-sharp focus on the immediate task at hand. To that I added academic brilliance, and came up with a character who has been described as either “Nancy Drew with a sword” or a “Female Jack Bauer.” Logical, decisive, courageous under duress, and unflinchingly lethal if circumstances demand lethality.

The ethnicity issues addressed in the book follow the stereotypes of the Roman world, which were very different than those of today. In the Roman world, barbarians from the North (blue-eyed blondes) were considered brave but stupid and uncivilized, while Ethiopians were considered very shrewd and wise, but not terribly brave. An olive-skinned Roman, therefore, considered himself the perfect compromise of those two extremes. Also, among Romans, lighter skin on a woman was considered a sign of wealth, because it meant she did not work in the fields as servants did. Aristocratic women from the highest ranks of Roman society, therefore, commonly wore make-up to lighten their appearance.

These ancient cultural values crop up in a few places in my novel. I enjoyed having Helena defy them, as she has a dark-complexion and yet is a woman of royal descent and high station in the Roman world. She is an exception to those stereotypes, and while at first she is dismissed by some as being of lower class or status, she quickly opens their eyes to her true genius, character, strength, and worth… sometimes only for the last few fleeting moments of their lives!

Toni: It sounds like you had a lot of ret insight and life experiences to aid you in your writing of Helena. Did you find it difficult to accurately portray this time period in history? What kind of research did you need to do?

Bartholomew: I was a history major in college, which helped me with the discipline for the kind of research it would take to write this book credibly. That said, I did not study the intricacies of Roman culture, politics, or military structure in college, so it was a slow process to get up to speed. It usually went something like this: write for an hour, then spend forty-five minutes doing research to determine whether or not what I just wrote was even remotely plausible. Then modify what could be salvaged, pitch the rest, and start again. By the time I was about two-thirds through the book, I was able to write more and research less, but the supplemental research never ends when writing a period piece like this.
I lived in mortal fear of two extremes: the online “Romano-phile” community completely cutting my work to ribbons if I did not have the details right, and turning rank-and-file readers off by making the entire work read like a history textbook. I am cautiously optimistic that I veered between those twin icebergs without sinking the ship!

Toni: Why did you choose Regarding Tiberius for a title?

Bartholomew: It is a play on words, really. I intend both meanings of the word “regarding.” In one sense, the book is about Tiberius. But as the reader will learn in the first few pages, the body of Tiberius, perfectly embalmed and preserved, was presented to Tiberius’ father, Lucius, for viewing, and, in this sense, Lucius is “regarding” his dead son, as in “to look upon.”

Toni: That’s beautifully done. What is the message you hope readers will leave with after reading this book?

Bartholomew: The central theme is forgiveness, from both sides of that sacred act: extending forgiveness, and seeking it in humility or under conviction. One of the greatest compliments I’ve received from a reader is that it caused her to reflect upon her own life and explore whether or not there are persons who she needs to forgive or whom she should beg forgiveness from.

Ultimately, I want the book to put to bed that original argument my father-in-law and I debated over a decade ago: that no one is beyond the forgiveness and redemption of God through Christ.

Toni: Forgiveness is one of my favorite themes. Last but not least, what’s next for you on your writing journey?

Bartholomew: I have received a lot of positive feedback about Regarding Tiberius, particularly with regard my protagonist, Helena. I was going to move on to other projects, but there are enough unanswered questions to justify writing at least one sequel. At the time of this interview I am working on the tenth chapter in that first sequel, and I have a basic plot outline for a third book as well. I have been debating killing off Helena at the end of the third installment, keeping her story a neat trilogy, but my oldest daughter would probably not let me live that down!

Toni: Lol, or a lot of readers, I can imagine. Thanks again for joining us here at Diversity. Readers, do you have any questions for Mr. Boge? 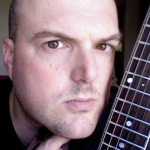 Originally known for applying his creative vision to the composition of Christian art-rock epics, Bartholomew Boge found a new niche writing historical fiction. Whether it be through music or literature, Bartholomew challenges his audience to examine the sinfulness of man and the role faith plays in developing one’s moral compass.

In his debut novel, Regarding Tiberius, Bartholomew explores questions of justice, mercy, unconditional love, and forgiveness. Set during the time of Christ, this fast-paced story moves through several locations within the Roman Empire including Italy, Turkey, Egypt, Syria, and Judea. Confronted with the brutal death of her parents and the destruction of her kingdom, Bartholomew’s female protagonist, Helena Mithridates Kleopatra, must weigh her quest for vengeance against her desire to love and be loved. Reflecting on lessons learned in his own life, Bartholomew’s writings remind us once again that through literature and the arts, one can find understanding and healing.

Bartholomew Boge lives with his family in Northeast Wisconsin.