And the first line is…

A world-renowned athlete and a fugitive. When he falls for her will she let him protect her or will she keep running because it’s all she knows?

Sawyer Creed has dedicated his life to not only being famous himself, but to making each of his friends famous in their own right. Sometimes the best-laid plans backfire and if Sawyer doesn’t kill himself with one of his stunts, one of his best friends might finish the job when his scheming goes too far and ruins not only their lives but their chances at love.
Famous Friends Romances:
#1 – Loving the Firefighter
#2 – Loving the Athlete
#3 – Loving the Rancher
#4 – Loving the Singer
#5 – Loving the Sheriff
#6 – Loving the Coach
#7 – Loving the Entertainer

Cami Checketts is the author of over eighty bestselling novels. Her journey began on an Idaho dairy farm daydreaming book ideas on her bike or tractor and landing herself in the hospital numerous times for head wounds. She settled down after college to raise four adventurous boys and write down all those fabulous ideas. Cami thoroughly enjoys living in her imaginary world, but tries to visit her family on occasion.
Cami loves her husband, her boys, her Savior, her friends, traveling, chocolate, and exercise. 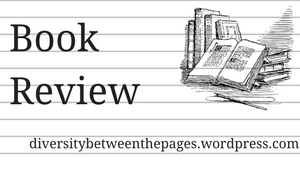 Happy Wednesday reader friends! Do you love castles? Today’s book review is of Romancing the Castle by Cami Checketts.

A single mom who will never forgive the father of her son. A military hero praying for redemption. Is a second chance at love possible?
Denzel Weaver lost his heart as an immature twenty year old. He’ll never forgive himself for his mistake, or forget his lost love.
Sarah Jenkins is a single mother fighting to be a good mom and succeed with her restaurants and her volunteer food pantries. When she’s given the opportunity to win half a million dollars for her charity foundation by going on a reality TV show, she has to say yes.
Leaving her son is going to be rough, spending a week with a handsome man who she loathes is going to be impossible.
In a picturesque castle setting will Sarah win the money? Or will her anger ruin a second chance at love with the man she’ll never forgive?

This was a great story of forgiveness, redemption, and second chances. Denzel and Sarah met when Sarah was 18 and Denzel was a young man. Denzel was ashamed and left because things got out of hand. Sarah became pregnant with their son and raised him alone because they didn’t tell each other their names. They just went by Black Panther and Aphrodite. Imagine their surprise when they meet each other 10 years later when Sarah competes in Axel’s TV show.

The two of them are still attracted to each other, but both have to overcome the guilt and hurt of what happened 10 years earlier. Sarah also struggles if she should tell Denzel he has a son. I highly recommend this book.

Cami Checketts is the author of over eighty bestselling novels. Her journey began on an Idaho dairy farm daydreaming book ideas on her bike or tractor and landing herself in the hospital numerous times for head wounds. She settled down after college to raise four adventurous boys and write down all those fabulous ideas. Cami thoroughly enjoys living in her imaginary world, but tries to visit her family on occasion.
Cami loves her husband, her boys, her Savior, her friends, traveling, chocolate, and exercise.

I’m sharing my thoughts on Cami Checketts’ Caribbean Rescue. This book is #1 in the Billionaire Beach Romance.

The Blurb: “Zack Tyndale was destined to win gold in the 2012 Olympics, but he tripped and shattered his own dreams. Running from his controlling father and the compassion in everyone’s eyes, he buys an island in the Caribbean where he can live blissfully alone.

Madeline Panetto’s graduation present is a trip sailing around the Caribbean on her father’s yacht. Unfortunately, her father is a pirate, and when there is an uprising on his ship, she escapes and crash-lands on Zack’s island.

Can these two find refuge from the pirates and with each other?”

This was my first time reading Cami Checketts. I saw this book in a Facebook group and because of the African-American hero, I picked it up. I was please to find out that the heroine was of Spanish and Italian descent. It was like a double dose of diversity. 😉

Also, because I saw this book in a clean reads group, I expected it to be that. But the heroine prayed throughout and mentioned her faith. However, some of the excessive kissing and fast attraction made me think of the book more as a clean read then one with a Christian message (just fyi).

Overall, this short read provided a nice escape, suspense in a gorgeous location, and diversity (especially on the cover) that made me smile. 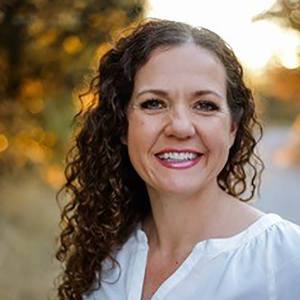 Cami Checketts is married and the proud mother of four future WWF champions. Sometimes between being a human horse, cleaning up magic potions, and reading Bernstein Bears, she gets the chance to write fiction.

Cami graduated from Utah State University with a degree in Exercise Science. She and her family live in the beautiful Cache Valley of Northern Utah. During the two months of the year it isn’t snowing, she enjoys swimming, biking, running, and water-skiing.