Happy Wednesday! Today is book spotlight day and I’m pleased to present to you Jade’s Match by Hallee Bridgeman. This book is a Contemporary, Christian Romance.

Two Olympians are matched in a media campaign that turns into something more than a game.

Rio Games silver medalist and social media darling CORA “JADE” ANDERSON is approached by a popular cell phone company to launch a flirty but fake media campaign with ice hockey star DAVIS ELLIOTT. When things get off to a rocky start, Cora and Davis both wonder what they’ve gotten into and how they’ll get through the months until the Korean games.

It’s not long until things start to warm up between the athletes and soon this fake romance becomes something much more real. Cora knows just how to work social media and engage her fans, and as the world watches and interacts with them, their love grows. When Davis is selected for Team USA, the opposition starts. As a Korean American, he’s already facing odds Cora can never comprehend, but he takes his frustration at the racism to the ice and lets the puck take the beating.

Things come to a head just weeks before the games begin. Can Davis and Cora’s very public relationship survive the aftermath of a very public confrontation, or are they going to have to let their love go when the Olympic flame is extinguished at the closing ceremonies? 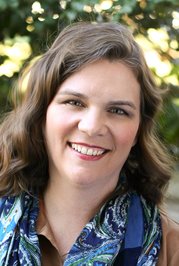 With more than half a million book sales, Hallee Bridgeman is a best-selling Christian author who writes action-packed romantic suspense focusing on realistic characters who face real world problems. Her work has been described as everything from refreshing to heart-stopping exciting and edgy.

An Army brat turned Floridian, Hallee finally settled in central Kentucky with her family so that she could enjoy the beautiful changing of the seasons. She enjoys the roller-coaster ride thrills that life with a National Guard husband, a college student daughter, and two elementary aged sons delivers.

A prolific writer, when she’s not penning novels, you will find her in the kitchen, which she considers the ‘heart of the home’. Her passion for cooking spurred her to launch a whole food, real food “Parody” cookbook series. In addition to nutritious, Biblically grounded recipes, readers will find that each cookbook also confronts some controversial aspect of secular pop culture.

Hallee is a member of the Published Author Network (PAN) of the Romance Writers of America (RWA) where she serves as a long time member in the Faith, Hope, & Love chapter. She is a member of the American Christian Fiction Writers (ACFW) and the American Christian Writers (ACW) as well as being a member of Novelists, Inc. (NINC). An accomplished speaker, Hallee has taught and inspired writers around the globe, from Sydney, Australia, to Dallas, Texas, to Portland, Oregon, to Washington, D.C., and all places in between.

Hallee loves coffee, campy action movies, and regular date nights with her husband. Above all else, she loves God with all of her heart, soul, mind, and strength; has been redeemed by the blood of Christ; and relies on the presence of the Holy Spirit to guide her. She prays her work here on earth is a blessing to you and would love to hear from you. You can reach Hallee at hallee@halleebridgeman.com.