Good Monday. Today we are featuring Vanessa Riley, who gives a poignant interview about race in Regency fiction. 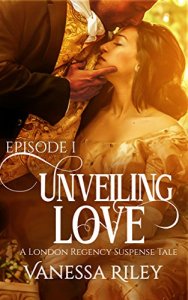 Winning in the courts, vanquishing England’s foes on the battlefield, Barrington Norton has used these winner-take-all rules to script his life, but is London’s most distinguished mulatto barrister prepared to win the ultimate fight, restoring his wife’s love?

Amora Norton is running out of time. The shadows in her Egyptian mind, which threaten her sanity and alienate Barrington’s love, have returned. How many others will die if she can’t piece together her shattered memories? Can she trust that Barrington’s new found care is about saving their marriage rather than winning the trial of the century?

The full collection- all 4 episodes: https://www.amazon.com/dp/B01H0K1C6I 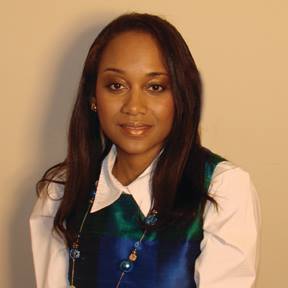 Vanessa Riley worked as an engineer before allowing her passion for historical romance to shine. A Regency era (early 1800s) and Jane Austen enthusiast, she brings the flavor of diverse peoples to her stories. Since she was seventeen, Vanessa has won awards for her writing and is currently working on two series. She lives in Atlanta with her military man hubby and precocious child. You can catch her writing from the comfort of her Southern porch with a cup of Earl Grey tea.

Terri: You write historical diverse Christian Fiction. In the past, this genre has been stories of slaves and plantations. Unveiling Love shows diverse characters in places we won’t normally see them. Why did you choose this aspect of history over the more traditional slavery point of view?

Vanessa: I think there are a great many authors who focus on the history of diverse cultures within the United States. Many awesome books tell stories about the Civil War, Reconstruction, and The Great Migrations. Yet, most think of the black or African race as having a very narrow historical path. Many believe we were Kings and Queens (1500 BC) in Egypt. Then nothing and reappeared as slaves in America causing a war in 1865. There is a great deal of history occurring in many more places than Egypt and America that fills that span of over 3000 years. The missing timelines are rich in culture but are rarely are showcased in Christian Fiction. When I look on the bookstore shelves, no one lived in the void. Yet, we survived and thrived. I am called to tell these stories, the ones that show love lasts and overcomes.

Terri: I love the statement “missing timelines.” It is very true. As I read your book, all I kept thinking of was the movie Belle (2013). It was wildly popular because it was based on a true story and quite frankly, a part of history frequently overlooked. What are some of the surprising historical facts your research has uncovered about people of color?

Surprise isn’t the word. I think shocked and appalled might be more apt. There were ten thousand free black living in London during the time of Jane Austen. In 1772, the pivotal Somerset Case gave the enslaved rights setting the ground work for ending slavery. By 1833, slavery was abolished throughout the British Empire including its colonies. This occurred before a single shot was fired in the Civil War. I didn’t learn this in elementary school or even high school. My world changed taking an elective course in Western Civilization. I was disturbed as the impact of the whitewashing of history slapped me soundly in the face. Little brown girls and boys grow up thinking that the past was full of hate for them, not the accomplishments, not the times when love won. How does that impact their future when hate seems more prevalent today as they can be targeted for nothing more than driving while being other?

Terri: I completely agree about the way our history is framed for us. Pain is plentiful, and acknowledgment of accomplishments are few. How important is being historically accurate when in comes to characters of color? Or do you prefer to create worlds where diverse characters are the norm?

Vanessa: That question is a sore spot. When you tell a fuller narrative, a story that is different from what you heard growing up, many think you’ve made up stuff. They call all your fact checking and cross-referencing historical fantasy. Maybe they forgot, don’t care, or don’t know that Jane Austen wrote about a mulatto heiress in Sandition (1817). In this story, Lady Denham, who is a part of the upper class, tries to get her impoverished nephew to marry the money, the little blackamoor rich girl. Would Jane Austen write about things that had no possibility of occurring? I do not know, but I do know that no one today would question Austen’s right to do so. Austen was a contemporary author writing about her times, not a fantasy author.

I write what I am passionate about and that is showing that love survived. It cannot be bound by ignorance or ignored because it makes someone uncomfortable. It shouldn’t be put away because it disagrees with the lies we tell ourselves.

Terri: When I first met you at a writer’s conference a few years ago, I was fascinated by the fact that you were writing diverse historical Christian fiction. I distinctly remember thinking, “I need to watch her career because she’s found an amazing niche.” Was I right? Have you found a niche that other Christian authors haven’t explored?

Vanessa: I followed the normal path. I was traditionally published in 2013 with Madeline’s Protector, a heroine of Spanish decent. Then, I signed with an agent with an earlier version of Unveiling Love. I thought this was it. I am breaking through, but a funny thing happened. The CBA houses weren’t interested. A funnier thing happened. A few ABA houses requested the full manuscript. They loved my voice, they loved the story, but they said “we can’t reach the Christian market.” I lived in a catch twenty-two world.

I began to question myself. I wrote a great story? Think so. I had great agent? Check. I was with a well-respected agency? Check. Then, what were the traditional ABA and CBA houses saying? Were they saying drop faith from my stories or change the complexion of my characters to get a sale? I don’t know but it wasn’t a good spot to be. I searched the depths of soul, and decided not to sell it. I heard very clearly, “tell your stories,” not change your stories or stop telling stories.

I decided to go Indie. In 2015, I published The Bargain, a story of a formerly enslaved woman who discovers her faith as she helps save Port Elizabeth, a British Colony in South Africa. Hundreds of thousands of books in the hands of my readers later, I have not looked back. Bless you readers.

Terri: That’s fantastic that you found readers. That is an encouraging feeling after rejection. How did you get the idea for Unveiling Love?

Vanessa: I do a lot of research, and I found this area in Vauxhall Gardens called the Dark Walk, an isolated area where girls would walk away from their chaperones to meet with their sweethearts. That tidbit made me wonder about what happens when things went awry. During the Regency, the woman be found at fault even if the man had taken liberties. The London world would shame her as if it was her fault. That started the writing wheels turning. Those elements were the genesis for Unveiling Love.

Terri: What is your favorite historical TV show or movie and why? If you say the 1995 version of Pride and Prejudice with Jennifer Ehle and Colon Firth, we’ll be friends forever.

Vanessa: Yes, the 1995 version of Pride and Prejudice with Jennifer Ehle and Colon Firth is the best thing ever. I own the DVD. When I come home from a stressful day, I will put the 5-hour movie on to escape. Last year, I watched it at least 75 times.

Terri: We are now friends for life! Tea party or coffee shop?

Vanessa: This is tough, but I think I like coffee shops more.

Terri: Tough choice, but there is nothing like a cozy coffee shop. What’s next for you?

In January, The Bittersweet Bride, part of the Advertisements for Love Series with Entangled Publishing will release. This series focuses on three Blackamoor heiresses who need quick marriages of conveniences. They place advertisements in the Morning Post. Of course, foolishness, romance, and a bit of mayhem follow. It will be a story that people of faith and Regency lovers will enjoy.

Terri: Thank you so much for joining us. Praying Godspeed on all your future endeavors. Here’s to many more happy readers!