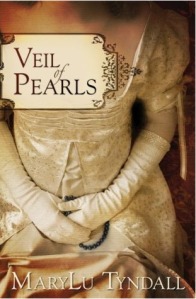 She thought she could outrun her past…

It is 1811, and the prosperous port city of Charleston is bustling with plantation owners, slaves and immigrants. Immigrants such as the raven-haired Adalia Winston. But Adalia has a secret: her light skin belies that she is part black and a runaway slave from Barbados. Skilled in herbal remedies, Adalia finds employment with a local doctor and settles into her quiet life, thankful for her freedom but still fearful that her owner will find her.

Born into one of Charleston’s prominent families, Morgan Rutledge is handsome, bored—and enamored of the beautiful Adalia, who spurns his advances. Morgan’s persistence, however, finally wins, and Adalia is swept into the glamorous world of Charleston high society.

But Adalia’s new life comes at a high price—that of denying her heritage and her zeal for God. How far is she willing to go to win the heart of the man she loves? And when her secret is revealed, will that love be enough, or will the truth ruin Morgan and send Adalia back into slavery?

I read Veil of Pearls a few years back. I remember thinking “Wow, I can’t think of another Christian fiction book that has a person of color as lead.” The seeds were already being planted back then!

Re-reading books is always a fun and interesting experience. Some books I realize are no longer for me, but that was not the case with this one. While there were some things that I wasn’t a fan of (specifically some of the ways secondary characters were described or treated), I like that Tyndall chose to deal with a something that was prevalent throughout the history of slavery and Jim Crow; people choosing to “pass” as white.

This idea of “passing” for white was something many people experienced and wrestled with during this historical era. Even some of Thomas Jefferson and Sally Hemmings’ children passed as white once they were freed by Jefferson.

Sidenote/Bonus: This story reminded me of The House Behind the Cedars (published in 1900) by Charles W. Chesnutt (who himself could have passed for white, his grandfather was a white slaveholder, but chose not to). His story also deals with many social issues, one being the main character passing for white, falling in love and what happens from there. (I highly recommend reading it).

Tyndall has well researched pieces (of both Charleston and Barbados) and faith plays a strong role in the story. There are some dramatic scenes (in very much Tyndall fashion), along with characters who wrestle with their identity, their long held beliefs and come face to face with racial views. I like that this novel opens up that discussion. If you enjoy history, consider adding this to your list.

2 thoughts on “Book Review: Veil of Pearls by MaryLu Tyndall”